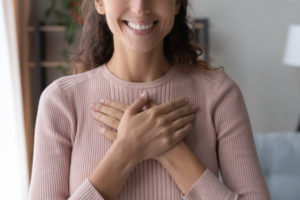 This article is by Casey Hough and published by ERLC

When things are difficult, one of the first things that Christians are prone to forget is how we are called to be a thankful people. Thankfulness is an active disposition of praise and gratefulness to God for who he is and what he has done, is doing, and will do in our lives and in the world. Admittedly, with our present circumstances and the grim forecasts that we have been hearing and seeing over the last few months, it can be hard to be thankful. Yet, the difficulty of our situation does not exempt us from our need to be thankful.

In Colossians 3:15-16, we are told, “be thankful” and “sing with gratitude.” In Philippians 4:6, we are told to “present our requests to God with thanksgiving.” In Ephesians 5:19, we are called to be “always giving thanks to God the Father for everything in the name of our Lord Jesus Christ.” As the people of God, we are called to be thankful, even in hard times. So, how do we cultivate a thankful heart in hard times? What steps can we take toward thankfulness and gratitude?

To help us, I want to turn our attention to Psalm 138. David wrote Psalm 138 to stir the people of Israel to give thanks to the LORD in difficult times and circumstances. His intention was to engender hope through the giving of thanks. This morning, my desire is the same. As we study Psalm 138, my prayer is that we will see the relationship between the giving of thanks for previous mercies and how they contribute to strengthening our present hope.

Psalm 138 teaches us at least three truths about cultivating a thankful heart in hard times.

First, we cultivate thankful hearts during hard times by remembering the steadfastness of God. In Psalm 138:1, David declares his resolve to “praise the LORD with all of his heart,” which indicates at once that David’s mind and emotions are not divided. He tells his audience, I will not be swayed to praise lesser beings, or “gods,” but I will “sing your praise.” With boldness, David praises the true God in the presence of idols. In fact, you could even translate the language of “praise” as “giving thanks to God.” David is not worried about how others will view his devotion and thankfulness to God. Yet, even while he demonstrates boldness before others, he also reveals humility before God, “bowing before” the presence of the Lord.

As he bows in reverence before the Lord, David “gives thanks to the LORD’s name.” In other words, he is giving thanks for who God is and what he is doing in that time and space. David ties the “name of the LORD” to the Lord’s “unfailing love” and “faithfulness.” The Hebrew words used here are hesed for “unfailing love” and emet for “faithfulness,” which we find paired together throughout the Old Testament. In one of the more well-known occurrences of these words, we see the Lord himself revealing his glory to Moses in Exodus 34:6-7, proclaiming,

“The Lord, the Lord, the compassionate and gracious God, slow to anger, abounding in love and faithfulness,  maintaining love to thousands, and forgiving wickedness, rebellion and sin. Yet he does not leave the guilty unpunished; he punishes the children and their children for the sin of the parents to the third and fourth generation.”

The idea of “unfailing love and faithfulness” is rooted in the Lord’s covenantal commitment to his people. It is rooted in God’s grace. As one commentator puts it, “David had learned that God does not lie and that all God’s thoughts and actions toward us flow from love and persist in faithfulness. God is good, and he is always good. Therefore, David wanted to thank God for his goodness and praise him for his covenant love and faithfulness before everyone.”

God, thus, reveals himself to be the God of “abounding unfailing love and faithfulness” to his people—a steadfast, sure, and unshakeable love. The Lord demonstrates his faithfulness, as David notes in verse 3 with the LORD “answering” him in the day that He cried out, giving David courage and strengthening him in his “inmost being.” When we, like David, take the time to remember the steadfastness of God toward us, we too will be provoked to thankfulness.

Secondly, we cultivate thankful hearts during hard times by reflecting on the splendor of God. In verses 4-6, David moves from his personal remembrance of the steadfastness of God to calling upon others to reflect on the splendor of God. Verse 4 makes a bold claim: “All the kings of the earth will give thanks” to David’s Lord. According to David, because the kings of the earth have heard what God has promised to do for his people, they will sing in the “paths of the LORD.” In other words, they will turn away from their false gods, from their idols, and turn their attention on the living, true God. For, “great is the glory of the LORD.”

When David speaks of the greatness of the glory of the Lord (the “splendor of the LORD”), he is referring to the going public of his uniquely powerful, holy character. Or, as one theologian has put, “The glory of God is the infinite beauty and greatness of God’s manifold perfections.” When David says, “great is the glory of the LORD,” he is saying, “Behold, look upon, reflect on what God has done, is doing, and will do.” See the greatness of God for yourself! See how marvelous, how majestic are his works toward us.

Our hope for cultivating a thankful heart in hard times rests in Jesus, who makes the steadfastness, splendor, and security of God known to us in the depths of our souls.

And yet, here is one of the most glorious realities about this great God, according to Psalm 138:6, “Though the LORD is exalted, He watches over the lowly and sees the haughty from a distance.” While he is great, he is also near to us.

Finally, we cultivate thankful hearts during hard times by resting in the security of God. In verse 7, David speaks insightfully into our own situation. While we do not battle against flesh and blood, we do battle against the Enemy of our soul who seeks to oppress and trouble us. While Satan longs to shipwreck our faith in the LORD, David reminds us that while we “walk in the midst of trouble,” our lives will be preserved because of the faithfulness of God. David rests in the deliverance of God, not his own strength or resources.

It is interesting to see how David is comforted in the nearness of his great God. Three times in this passage, David refers to the “hand of God” that was “sent forth, delivering, and working” on behalf of God’s people. David rests in the hands of the God who has delivered him countless times in the past. He knows that God can be trusted. He knows that the one who watches over his people neither sleeps nor slumbers (Psa. 127:1).

To “rest in the security of God” means to trust in him. As Psalm 56:3-4 tells us, “When I am afraid, I will trust in You. In God, whose word I praise—in God I trust and am not afraid.” As you find yourself unsettled, worried, and afraid, David calls us into the rest that he knows as one held in God’s hands. David is certain that God will not abandon his work in his people. And because of that, he can and should be praised and thanked by his people. Even when we feel like the work has been paused for the moment, even when we are struggling to see what God is doing, we can be certain that the Lord’s love endures forever.

The greatest revelation and demonstration that we possess in terms of God’s faithfulness to David, which is point of Psalm 138, is the life, death, burial, resurrection, and ascension of Jesus Christ. Jesus is the Davidic descendant that fulfills the expectations that David voiced in Psalm 138, which for us, means that when we are seeking to cultivate thankful hearts in hard times, we do so by turning our attention to Jesus. For, it is in Jesus Christ that we see the steadfastness of God who completes the work that he began in us (Phil. 1:6); the splendor of God, as Paul speaks of “knowledge of the glory of God in the face of Christ” (2 Cor. 4:6); and the security of God, as Jesus prays for us in John 17. Our hope for cultivating a thankful heart in hard times rests in Jesus, who makes the steadfastness, splendor, and security of God known to us in the depths of our souls.