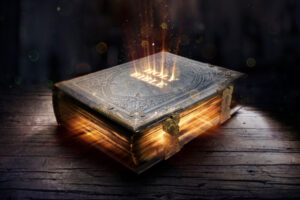 This article was written by Timothy Mably and published by FTC

Although I was familiar with the word “gospel” growing up, I didn’t know what it meant. Despite sitting through countless Sunday morning services, the gospel itself was never fully articulated in context.

It makes sense that many people, even those who grew up in church, might have a muddied idea of the word. In our culture, there’s a wide array of meanings that are often attributed. It can be a music genre, a slang term for conveying something as important, or it can represent a generalized idea of religion.

“Gospel” is actually the translation of a Greek word meaning “good news.” But, there obviously needs to be context for it to be understood. If “gospel” means good news, what makes it good news?

You’ve probably heard a thirty second summary of the gospel message. However, without any backstory, it’s not easy to connect with. The gospel is the story of a Savior redeeming humanity by dying on our behalf — but if we don’t see a personal need for being saved from our sin, we’ll never see what makes any of it necessary. It’s like if you walked in on the third act of a movie, but missed the first 50 minutes. You aren’t going to care what happens if you don’t know why anything is happening. The pacing can feel disorienting, character motivations can be unclear, and you might not even be sure who the protagonist is.

There are times when it seems obvious that the world is broken and needs redemption, but it isn’t often we feel something is wrong in ourselves. Even though we can name a long list of corrupt politicians and movie executives who clearly need redemption, we don’t think we do. At least, not to the extent that Jesus seems to think we do. Our default setting tells us we don’t need forgiveness in the way that is demonstrated by Jesus dying a brutal death on a cross.

But when we underestimate how much our actions matter and we excuse our sin as not really being a big deal, we sell ourselves short. We defend our actions, saying we aren’t hurting anyone, that we’re only committing victimless crimes. Or we remind ourselves how others have the same issues as us, and some people are even worse, so we aren’t that bad in comparison.

The reality is, our sin goes beyond our actions, because how we act is just a reflection of how we think. It might not always look like we’re clearly in direct opposition to God, but we tend to live in neglect of him. Apathy toward God is the human condition that we need to be rescued from.

Instead of choosing to follow him, we buy into the idea of writing our own journey, of following our heart— but nobody mentioned our heart isn’t always the best guide. Sometimes what we want leads to self-destruction.

This is the story of the Bible: that we’ve chosen our own way over God’s way, and we’ve created a distance between us and him because of it.

It’s the same story as when Adam and Eve decided to give into what they wanted over contentment with God and everything he had already given them. When they ate the fruit, Adam and Eve were told they would have the kind of knowledge and authority that only God has. They were told they would be like him, but in a sense, they already were like him. They had been made “in his image,” meaning God had created them as a smaller scale reflection of himself. They were “complete,” they were perfect as they were.

But they sacrificed their relationship with God to be independent from him in hope of becoming their own gods. It not only cost them the reality-encompassing peace they had— it cost them their identity. They separated themselves from God. They abandoned him, choosing not to be his children anymore.

In pursuing a life without God like Adam and Eve did, we’ve grown more attached to sin than to him. We’ve made ourselves numb. We’ve become accustomed to indifference and we’ve sidelined our Creator. God’s image in us has been shattered because we’ve chosen everything else over him.

“It would seem that our Lord finds our desires not too strong, but too weak. We are half- hearted creatures, fooling about with drink and sex and ambition when infinite joy is offered us, like an ignorant child who wants to go on making mud pies in a slum because he cannot imagine what is meant by the offer of a holiday at the sea. We are far too easily pleased.”
― C. S. Lewis, The Weight of Glory

The good news is, even though we can hardly comprehend our need to be redeemed, God came to us as a man, Jesus, to save us from the sin that had detached us from him.

Jesus lived for God— and not just the default desires that we live for, like appetite or success or thrill or popularity. He never gave into the temptation we give into on a daily basis. He didn’t have moments where he slipped into apathy and forgot the Joy that had been set before him. He lived out God’s will for humanity, knowing what he would eventually have to do.

Jesus was the Messiah, a promised Savior from an ancient prophecy, and God had said it was through him that he would redeem his people from their sin. Except, no one had any idea how this would happen. After Jesus was betrayed by his own followers, he was handed over to government officials to be executed as a rebel in the most humiliating way possible for that time. Innocent and alone, Jesus suffered a torturous death he didn’t deserve so we wouldn’t have to pay for the sin we’ve committed against God.

At the time, nobody had figured it out that this was how God was delivering his people from their sin to be reunited with him. After Jesus was buried, it was presumed by many that he wasn’t God. He died, and God doesn’t die. People thought he was just another one of the many frauds who claimed to be the Messiah.

But on the third day after his death, Jesus returned to life, showing us that the mission has been accomplished. He is God. It was through dying for his enemies that he was restoring our relationship to himself. Sin has been defeated, and even death couldn’t hold back the Author of Life.

Now, we can know God as only Jesus deserved to know him: as Father. Through the cross, Jesus gave us back the identity we gave up.

Instead of abandoning us like we did to him, God has loved us anyway. That’s why the gospel is a message of grace. It’s the story of God replacing our self-made narrative for the life that Jesus lived. It’s the story of God rewriting our lives by giving us something we could never earn apart from him. We’re saved from our sin, but what that really means is, we’re saved from ourselves. We’re lifted out of an alternate reality which we have curated on our own terms, and brought back into actual life as defined by its Creator.

By trusting Jesus and his sacrifice for us, we can know God personally and be forgiven of everything we’ve done against him. We can receive and embrace the story in context, looking to Jesus at the center.

Now, when God sees us, he sees us restored to the image that we shattered.