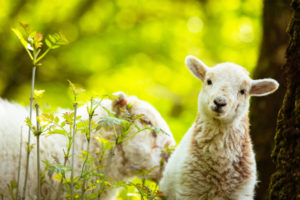 This article was written by Davy Ellison and published by FTC

A person’s ride usually tells you something about that individual. A minivan suggests that it is probably driven by a family man—a family man with a big family. A hot hatch with nice alloys and the suspension lowered perhaps indicates that it belongs to a young person. A pickup truck is almost certainly driven by someone intensely practical. An elegant European saloon, in pristine condition, probably points to a late-middle-age driver who has taken early retirement and washes his pride and joy at least twice a week. A person’s ride usually tells you something about that person. That is exactly what we find in Matthew 21:1–11 with Jesus:

“Now when they drew near to Jerusalem and came to Bethphage, to the Mount of Olives, then Jesus sent two disciples, saying to them, ‘Go into the village in front of you, and immediately you will find a donkey tied, and a colt with her. Untie them and bring them to me. If anyone says anything to you, you shall say, “The Lord needs them,” and he will send them at once.’ This took place to fulfill what was spoken by the prophet, saying,

‘Say to the daughter of Zion,
Behold, you king is coming to you,
humble, and mounted on a donkey,
on a cold, the foal of a beast of burden.’

The disciples went and did as Jesus had directed them. They brought the donkey and the colt and put on them their cloaks, and he sat on them. Most of the crowd spread their cloaks on the road, and others cut branches from the trees and spread them on the road. And the crowds that went before him and that followed him were shouting, ‘Hosanna to the Son of David! Blessed is he who comes in the name of the Lord! Hosanna in the highest!’ And when he entered Jerusalem, the whole city was stirred up, saying, ‘Who is this?’ And the crowds said, ‘This is the prophet Jesus, from Nazareth of Galilee.’”

The Meekness of Jesus

It is clear that by this point in Matthew’s gospel, Jesus is actively preparing to announce himself as the long awaited Messiah. The deliberate planning that lies behind 21:1–3 suggests that Jesus knows the time has come to reveal himself to all as the Messiah. He does this by riding into Jerusalem on a donkey, and thereby fulfilling an OT prophecy (Mtt. 21:4–5).

This prophecy is Zechariah 9:9, and there the prophet promises that Israel’s king would come to them on a donkey. More than that, however, it also communicates that this king would be a king of humility or, better, meekness.

Jesus is revealing that he is indeed the messianic king that has been anticipated. But he is also communicating subtly—by the prophecy he fulfills, the ride he uses—that his messianic reign is of a very different type to that which was expected. The people desired a valiant king who would stride into Jerusalem on a white war horse, followed by a mighty army, ready to drive out the occupying Roman force. Jesus’s mode of travel (and this is the only time we read of him travelling by anything other than foot) tells us something about who he is and how he reigns.

This should not be surprising, at least for the reader of Matthew. At the beginning of Jesus’s most famous sermon, he pronounces: “Blessed are the meek, for they shall inherit the earth” (Mtt. 5:5). In chapter 11, Matthew then records Jesus stating: “I am gentle (meek) and lowly in heart” (Mtt. 5:29).

Beyond Matthew’s gospel the meekness of Jesus is evident. Consider the nativity narratives. God the Son takes on human flesh. The One who was omnipresent is now confined to a womb. The One whose powerful word sustains the universe now cries in order to be fed. The One who is eternal now grows and ages like any other human. This is meekness.

Consider the Last Supper in upper room. A band of twelve dull disciples who repeatedly misunderstood their Rabbi gather together. As they do so, their Rabbi disrobes, kneels down and begins washing their feet. I hate feet—I don’t even like washing my own feet. But here is Jesus washing away the dusty filth from a day’s walking by sticking his fingers in between the toes of Judas Iscariot. Jesus knows that in only a matter of hours Judas will betray him. Even so, he serves him. This is meekness.

Consider the cross. The Creator permits his creation to crucify him. More, the Perfect Son willing bears the wrath of the Heavenly Father for sin that is not his own. Jesus endures everything he deserved to escape in order that his people might escape all that they deserve. This is meekness.

Our king is a king of meekness.

Although we have witnessed it in Jesus, it might be beneficial to offering something of a working definition: Meekness is a knowledge of our standing before God, which provides an inner strength enabling us to act for the benefit of others, even at our own expense.

Meekness is a trait seldom sought, scandalously side-lined and, sadly, in short supply. But Jesus sees it differently, and if I could be so bold as to place modern parlance on the lips of Jesus he might say that “meek is fleek.”

The Significance of Meekness

As we consider the reality that Jesus is the embodiment of meekness, there are at least two points of application to note today.

Our View of Jesus

First, we want to ensure that we see Jesus for who he truly is. Our Savior is not a harsh task-master. He does not view us with persistent disappointment, despite our persistent failures. He is not exasperated with our frustrating progress in the Christian life. Our Saviour never gives us that not-again-look. Jesus is meekness personified.

Instead of demanding that we earn his affection, Jesus freely offers himself in our place. He loves us first at his own expense. He suffers and dies so that we might live. He gives of himself so that we might gain.

We must ensure then that our view of Jesus is dictated by what we are told in Scripture. He is a Savior to whom we can confess. He is a Lord to whom we can turn to in our brokenness. He is a God who gives instead of demands. He is a man who knows what it is to be tempted as we are, yet without sin.

Our Savior is not distant, disinterested and discontent with his brothers and sisters. Quite the opposite. If our view of Jesus does not entice us to intimacy with him, we do not see him properly.

Our View of Ourselves

Second, we want to ensure that we possess a proper view of ourselves. If the king of the kingdom is meek, then so too the citizens.

We should be people known for acting for the benefit of others no matter our own expense. The motivation for this attitude should be the status we have before God as Christians. Due to the fact that we are blessed with every spiritual blessing in Christ next to nothing should be too much bother for us.

I read of a church that puts this to the test. Apparently, when young men approach the elders and express their desire to serve in full-time ministry the elders of this church send them to the crèche. They tell these young men that if they want to serve in ministry show yourself worthy by serving in the crèche.

How would you respond to that request? Does a pride bubble up inside that whispers: “I am far too intelligent to demean myself with that kind of service”? Maybe our pride is more subtle than that, and we reason: “I am not very practical, I couldn’t do that job well.”

If we are not willing to get down on our hands and knees to clean up pee, poo and puke, perhaps we do not have the requisite character to enjoy the privilege of preaching from a church pulpit.

As we have already noted in the life of Jesus, such meekness was no issue for Jesus. Indeed, Paul reminds the Philippians that Christ made himself nothing (Phil. 2:7). Is that not the epitome of meekness?

In a true knowledge of our standing before God we possess an inner strength that enables us to act for the benefit of others, even at our own expense.

Our view of ourselves will dictate how we embrace Jesus’s call to be meek.

Our prayer must be that we will know Jesus for who he truly is and that by the power of his Spirit we might walk as he did. After all, Jesus promises: “Blessed are the meek, for they shall inherit the earth” (Mtt. 5:5).