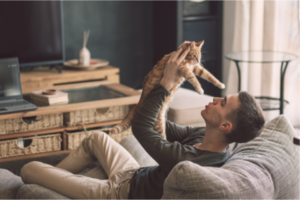 Years ago, comedian and actor, Steve Harvey made a guest appearance on The Oprah Winfrey Show. He talked about the checklists that single people make when looking for a partner. The issue, he explained, is these lists don’t always match up to the partner that may be for us. He said that we are missing out on someone great because we settle for someone with qualities and characteristics that we think we need. He looked into the camera and yelled, “Get rid of the lists!” This was a radical idea that shook singles all over America.

Shortly after, I carved out some time and sat with a blank notepad and a pen. I was curious. What did I really think I wanted, needed, and deserved? I ended up with close to eighty-five characteristics and traits I wanted in my future husband. As my 30th birthday creeps closer and closer, I realize that my list may be a little far-fetched.

I dated the guy that was handsome with swag, the guy with a great job who’s career driven, the guy who’s outgoing and funny; the football player, the entrepreneur, and the musician.  I even dated someone with all of my top five. Yet here I am, still single. I always walked away knowing something was missing. The love that society has always told me I’d be incomplete without – THAT “love”, never satisfied.

I believe the missing piece, the void, and the empty spot that couldn’t be fulfilled, the thing that I can’t even find the words to describe – it was Jesus. Yes, I dated men from church, but their first love, their pursuit, wasn’t really for the things of God.

When your first love and your focus is Jesus, it’s hard to fall for someone who isn’t in the same place. Sure, you can fight it off temporarily, but not for long. I allowed my heart to stray from God so many times, and I tried to quiet those whispers and ignored the bright red flags. I was convinced that I could “flirt & convert“.

I look back on one relationship in particular. This man I met was my ideal guy – handsome, charismatic, successful (understatement), charming and romantic. He wasn’t a player, but a gentleman. When I asked him about his relationship with God, he told me he loved Jesus. “Hallelujah!” I thought, my list was a real man! I mean this had to be my future husband.

He told me that since he moved to New York, years ago, he couldn’t find a church. In retrospect, that was a huge red flag I ignored, but I held onto the fact that he said he loved Jesus. He prayed before we ate, and he had a Bible on his desk so that counted for something. As I learned more about him, I was convinced I could fix this man. He had a rough childhood, and I knew that if I could be a strong example of God’s love and hold myself accountable as a Christian, his heart would change.

I became obsessed with him and the life we were building. I liked the way we looked together. I knew people passed by us and wanted what we had, strangers often spoke compliments that fed my ego. I liked that his friends told him how lucky he was to have me. I was enthralled by the fancy dinners, gifts, and sweet text messages.

Slowly, my life became his.

I wanted to fit the lifestyle, so I drank, I smoked, and I partied, more than I ever had.  I’d skip prayer meetings and ministry outings to sit on the couch and just watch TV with him. Although I knew this wasn’t what God wanted for me, it was everything I ever wanted. I still went to church every Sunday, but most days we played house together. I wasn’t asking for forgiveness of my sin, as a matter of fact, I prayed that God would bless it. I often told myself that God was in this relationship. I believed a lie, I believed that God was telling me that this was “the One”.  I would quiet the thoughts and feelings that overcame me knowing something was missing.

Months passed and one evening I laid beside him in the middle of the night, crying. Something had changed, at dinner he was cold and distant. I knew this was the end. As quickly as we had fallen in love, he fell out of it. The next morning I received an email where he stated he wasn’t ready to be serious. I was heartbroken. I’d love to tell you I knew this was the Lord and I let it go, but no. I did what every girl says she’ll never do, I begged him to stay. He asked me to wait for him, but I definitely wasn’t doing that, so it was over.

God has a purpose for all of our lives. The person we choose as a mate will greatly affect the capacity to which we fulfill that purpose. I have found that God knows that a man is probably the only thing that can rip me away from His plan and His purpose. I am so thankful He chooses to put a period where I’m always trying to put a comma.

In the months following that break-up, my heart, and my emotions were raw. I was at a place where I was broken. I was ashamed and I was overcome with guilt. In that time, the greatest lover my heart will ever know chased after me.

My mother had been asking me for years to take a class at my church called “Be Transformed”. Had I not been desperate for healing, I probably would never have taken the class that changed my life. When I think about what He’s done in the past few years, I can’t help but be grateful that man walked away. I would never have let him go.

I still struggle with my singleness. I sometimes question why God hasn’t brought this man into my life yet. I still fall short and make the wrong choices, but I learn over and over to choose Him. He never lets me get too far. Although I know He’ll never leave me, I often find myself begging Him to stay.

He reminds me of His love in my moments of loneliness and has shown me a romance sweeter than a fairy-tale. He’s been with me through another recent heartbreak, and I trust Him to send me a mate in His time. He knows the desires of my heart and He has promised that my obedience will be rewarded.

So, What’s the Play Call?

I won’t lie to you, I’m still hoping for a tall, attractive, and somewhat successful man. I have to make a conscious decision to let go of my list.  But more than anything else, I pray that God would send a man with a heart that yearns for Him. I pray that this man wants a helpmate to make an impact in and out of the Kingdom of God as we serve and give all the glory to God.