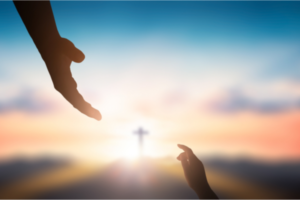 This article was written by Erik Rasmussen and published by FTC

Throughout the four Gospels, readers are flooded with examples of the compassion of Christ. In His miracles, Christ shows His compassion by giving sight to the blind, making the lame walk, and curing people with extreme sickness. In His parables, He consistently shows that God’s heart is geared toward compassion and His desire is for His followers to be similarly compassionate.

However, the greatest example of the compassion of the Messiah came at the end of His earthly ministry. Christ’s sacrificial death on the cross for sinners is the culmination of His compassion, an action that allows Christians to be confident in their standing before God.

Isaiah 53 provides a picture of the greatness of Christ’s compassion. The first half of verse 3 says, “He was despised and forsaken of men, a man of sorrows and acquainted with grief.” God came to the earth as man, and men rejected Him.

At first reading, this verse appears to speak of the men that were physically present during the crucifixion, or possibly more broadly this verse appears to apply to the Jews of the day. However, Isaiah, writing at least 600 years before the life of Christ, says at the end of the verse, “He was despised, and we did not esteem Him.” Why would Isaiah include himself with those who offended Christ?

Isaiah included himself as an offender of Christ because he, just like the rest of mankind, had sinned against God throughout his life. In chapter 6, he makes this claim: “Woe is me, for I am ruined! Because I am a man of unclean lips, And I live among a people of unclean lips; For my eyes have seen the King, the LORD of hosts” (Isaiah 6:5)

We cannot read Isaiah 53:3 and claim that the context exempts us from including ourselves. While Isaiah was not present during the crucifixion, he included himself as an offender of the Holy God. Similarly, when we read Isaiah 53 ought to include ourselves as offenders. We participated in the death of the Lord Jesus Christ.

Compassion in the Atonement

But then verse 5 of Isaiah 53 describes the compassion of the One whom we offended. “But He was pierced through for our transgressions, He was crushed for our iniquities; the chastening for our well-being fell upon Him, and by His scourging we are healed.”

Isaiah not only says that we are included with those who offended Christ, but he also tells us that through His death, we are healed. Not only do we sing “It was my sin that held Him there, Until it was accomplished”. We can also sing immediately afterward “His dying breath has brought me life, I know that it is finished.”

Penal Substitutionary Atonement is not simply a weighty theological concept, it is a phrase that describes the beautiful compassion of God. Moved with compassion, God took on flesh to save sinners (1 Timothy 1:15). He died a sacrificial death in the place of man so that we could be saved. To die for someone who never wronged you is considered a great sign of compassion. But Christ’s sacrificial death for those that sinned against Him is the ultimate display of compassion.

Understanding this compassion ought to change our lives! Unlike Adam and Eve in the Garden, Christians do not need to hide from God. Despite their sin, they can boldly approach God because they trust in His compassion.

In Psalm 51 a repentant David cries out to God for forgiveness. Throughout this Psalm, it is clear that David understood that God is One who freely offers compassion. In the opening verse he says:

“Be gracious to me, O God, according to Your lovingkindness; according to the greatness of Your compassion blot out my transgressions.” (Psalm 51:1).

After committing adultery and murder, David did not ask God to consider blotting out his transgressions. Instead, David confidently approaches God and tells Him to remove his sin. David was not attempting to control God and demand that He do something. No, David had spent countless hours with God, he knew the Scriptures, and he understood that God was great in compassion. He was confident that God was compassionate to those who turn to Him in faith.

“If we confess our sins, He is faithful and righteous to forgive us our sins and to cleanse us from all unrighteousness.” 1 John 1:9

We are not told to ask God for forgiveness. There is no time for deliberation where God ponders over whether or not to forgive us. Scripture is clear, true confession will always result in God’s gracious compassion.

Through Christ’s substitutionary death, Christians have “the righteousness of God” (2 Cor. 5:21) and can approach Him with confidence as a result. Since, as the Westminster Confession of Faith summarizes, “there is no sin so great that it can bring damnation upon those who truly repent” (WCF 15.4), no matter the sin, Christians can always approach God with confidence in His compassion.

When we confess our transgressions, we can trust that in God’s compassion He will forgive us.